Saw Trask's new Rock Musical, This Ain't No Disco last night. It was a great 80s musical about 80s clubs. Trask's music was amazing, including his genius electronic number in the 2nd act. One of the highlights was Theo Stockman. It was great to see him take a more central role in a show after last seeing him in the genius show American Psycho. Not only was he a major character in this high production value off-Broadway show, but he worked well with all the other actors. The only slightly unoriginal element was the poetic dialogue element was very reminiscent of Rent. It's not a bad thing, but it unfairly had me comparing the shows when they are two different historical musicals. Besides Trask in the band, 3 of the 4 members of Hedwig's stage band, Tits of Clay. I can totally see this making Broadway, like at the Belasco theatre or another small stage. If there is a cast album, I'm totally buying it. 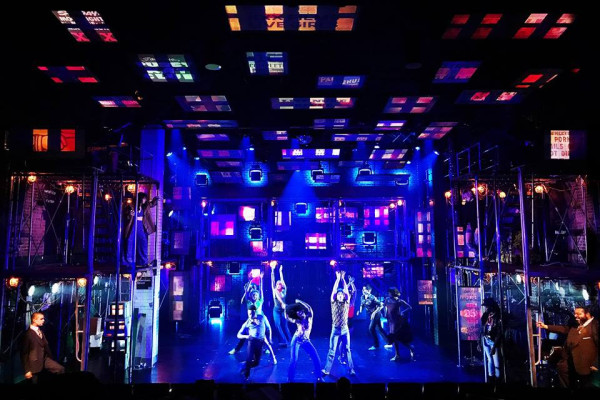